Hi! I'm John and I run Pearson Treehouse for you.

There's practical considerations too. Your site should be easy to update, plus look unique and professional. It should work as well on a mobile as a desktop. It needs to have the custom abilities that your business requires. Plus, it needs to do all that within your budget.

With locations in Stamford, Lincs, Northampton, Northants and Maidenhead, Berks we've been building websites since 1999. We'll build the website you want, not a site you have to compromise on. We’ve feet in both the design & coding worlds, so you’ll get something both beautiful & functional.

We build all sites from the simplest brochure to complicated web applications. We are proud to use (and help develop) the outstanding CMSMS web software, a modular site tool that helps us grow your website with you.

So, let me take you though some of the ways we work and see if we are the right fit for you. Or, just pick up the phone right now and give me a call, I am always happy to chat and all advice is free!

Pearson Treehouse have always been approachable and continue to be a source of advice and guidance. Their deep knowledge of the CMS Made Simple platform and web design has helped us develop better, more efficient ways of working.

Pearson Treehouse are probably some of the easiest people to work with. Nothing is too much hassle. The CMS Made Simple Software they use is user friendly and effective.

I've used Pearson Treehouse for my clients on numerous occasions, because I know they will be looked after and that they will be pleased with the result.

My content managed web site was built Pearson Treehouse. They were very helpful and patient, I am not a technically minded person, while I was getting the site up and running. When I ask for help and support it is always available and in a very friendly helpful and timely manner.

My company, Summer Rain Films Ltd, has used Pearson Treehouse since its inception for all hosting requirements. They are very supportive, enthusiastic and provide great website solutions.

John and his team at Pearson Treehouse Ltd have developed some great websites for our clients. Their attention to detail and technical expertise is second to none. Keep up the good work guys, we have more jobs coming your way.

Every time Pearson Treehouse deliver on their promises! they are extremely knowledgeable and will always make the suggestion that fits the clients.

Dedicated and well informed consultants. The services they provide are always extremely well thought through and designed to meet my requirements.

We have used John for hosting a few of our clients websites. John is always happy to help with issues, however trivial or large. I look forward to working with you more in the future John, Thanks.

Pearson Treehouse juggles our many projects successfully always remaining in touch with me and/or clients. They meets deadlines within budget and produces great end results.

what we do section

what we do inner section 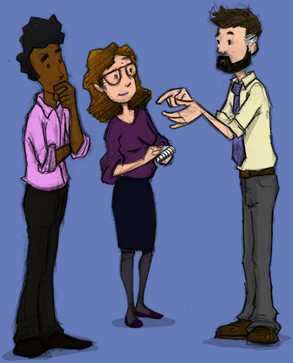 Everything that you need to get the website your business will thrive on. Whether you need a simple brochure site that’s easy to update, member systems, e commerce - both shopping and booking systems or any of the host of other possibilities, we’ll design and build your dream site from the ground up.

Though we base our web design & development in Northampton and Maidenhead, we have clients like you throughout the country. 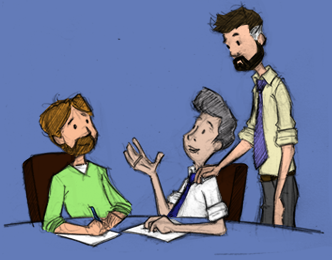 Websites for your clients

We provide our clever websites at trade prices to graphic designers, marketing companies, PR companies, printers, even other web developers!

Do you regularly need to outsource your customers’ website design or build? By using us as your remote web development department you can create additional revenue streams for yourself and your company.

Some we made earlier 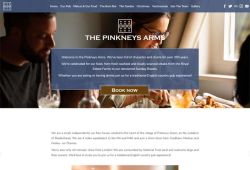 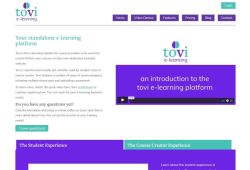 An commercial online e-learning platform platform designed, developed by us! For all your e-learning needs. 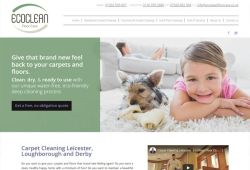 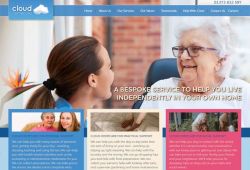 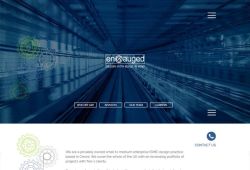 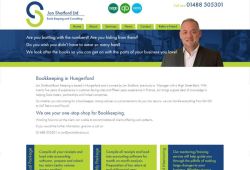 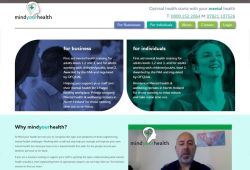 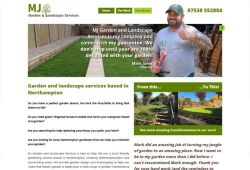 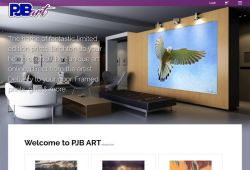 An online shop selling digital art. Built from scratch by us. 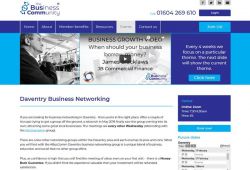 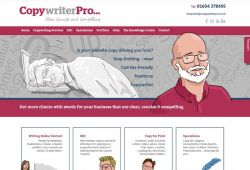 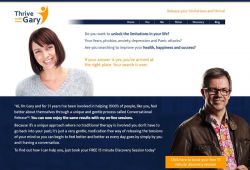 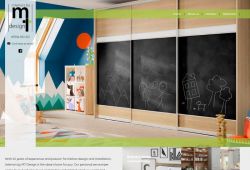 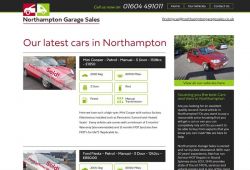 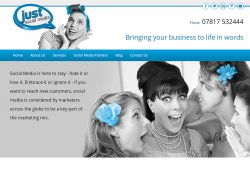 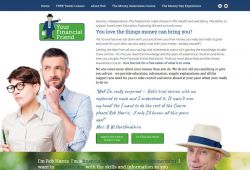 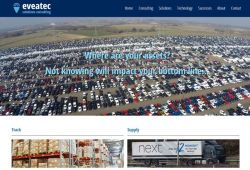 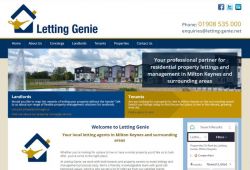 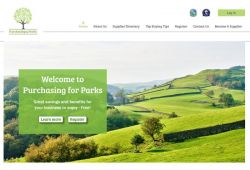 In collaboration with Pixooma design, a full website portal directory for a national purchasing organisation. 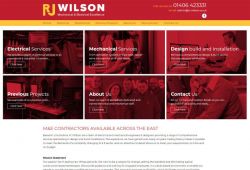 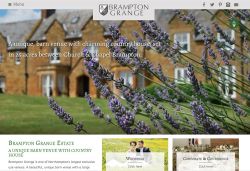 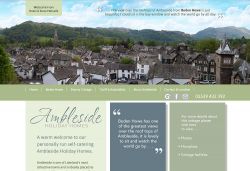 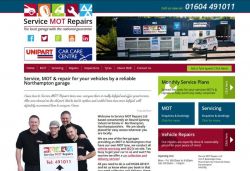 Visit Site
Back to top

Who we are section

inner who we are section 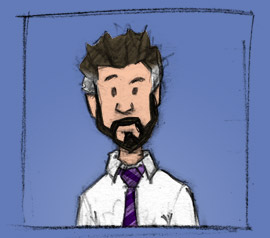 John’s had a varied career. He started teaching early Photoshop straight out of university. He was a tie designer, (once, many moons ago the Belgian Postal service went to work each day in a tie he designed) and lead web designer for various companies before starting Pearson Treehouse to provide web design in Maidenhead in 2002.

In the late 90s and early 2000s he also worked as a 1st Assistant Director in the independent UK film industry, learning essential project management skills that he’ll use on your website project today. He’s the front facing part of the company and will look after you from start to finish.

When he isn’t running Pearson Treehouse, John is a published novelist. His second novel was published in 2015 by Fantastic Books. He also enjoys the hiking in the great outdoors, accompanied by his dog, Nigel Barking. 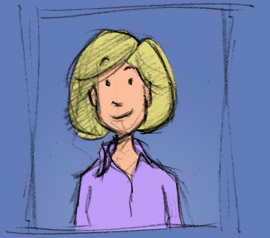 Hannah looks after accounts and bookkeeping. She's been working in various offices since graduating and has been with us for four years now, where she loves our remote working set-up. As well as keeping our books in order, she has two daughters (Becky and Lizzy), a husband (Steve) and a dog (Zoom) to keep in order too!

On the rare moments that she has any breathing space at all, Hannah is a classic mini driver. She is the proud owner of a Yellow 1979 Leyland Mini called Bumble and has done a fair amount of work on both bodywork and engine herself. She can bore the socks off you talking about Mini owners' weekends. It's best not to get her started! 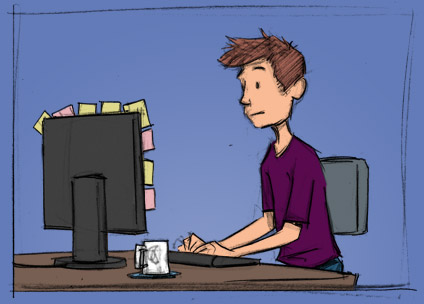 If we could, we would keep the coding team locked in a darkened cellar, slaving away on your websites with only Doritos and Red Bull to keep them going. However, due to our remote working policy, we've never been able to round them all up at the same time.

Our coders are freelance, but feel like part of the family. We've been working with Rob and Fernando for years now. Both are John's fellow developers of the CMS Made Simple software that we use for a good percentage of our sites, so in terms of expertise there are very few on an equal level. Rob lives in the mountains of British Columbia and Fernando lives in Portugal, making our team truly international. When they are not working with us, they are the main programming force behind CMSMS and between them probably maintain over thirty to forty add-on modules.

This site uses cookies. In simple terms there are two types. Cookies that are needed to run our website. Cookies that log anonymous information to show which of our pages are most popular. If you do choose to let us track your progress, we only track the pages that you look at and what you do on those pages, but we track nothing personal about you. It just helps us make our website better for future users. If you choose just programmatic cookies and nothing about the pages you access on your your visit will be logged. See our privacy policy for more details.